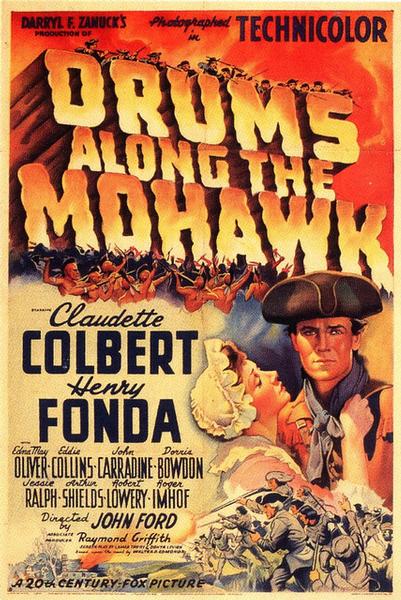 GLOVERSVILLE -- We are celebrating the Glove Theatre’s 100th Anniversary of opening to the public. On November 1, we will bring you an important event which was part of the history 75 years ago at the Glove: The Glove Performing Arts Center presents the movie re-enactment of the World Premiere of “Drums along the Mohawk” from 1939.


This was the scene back on November 2, 1939 here in Gloversville.
A red carpet stretches from the curb to the theatre’s front door and the marquee flashes its own Morse code of glamour. Police officers and barricades can barely contain the excited throng of people as they strain for a glimpse of their favorite movie stars. It’s a magical night as searchlights scan the sky. A band plays as it entered from the city limits into the city. A limousine pulls up to the front of the theatre with some of the stars from the movie along with Chauncey C. Thayer, mayor of the city.
Flashbulbs pop as paparazzi and fans jockey for the best view. Only a lucky few have access to the theatre. For many, this is the closest they will get to the star-studded gala opening of “Drums along the Mohawk” at the Glove Theatre. Even the businesses downtown are decorated with the colonial time period from the film. The stars were even given leather gloves from some of the glove manufacturers to take back to Hollywood. What a night that was, back in 1939…..


“Drums along the Mohawk” was a Technicolor picture, produced by Darryl F. Zanuck. Directed by John Ford, screen-play by Lamar Trotti and Sonya Levien and based upon the novel by Walter D. Edmonds, the film stars Claudette Colbert and Henry Fonda depicting the Mohawk Valley at the time of the Revolutionary War with a gripping love story between the two leading characters.


Join us for a great night of entertainment as we celebrate and re-create that night back in November 2, 1939 with the re-enactment of the world premiere of the “Drums along the Mohawk” with the re-enactment of characters that are portrayed in the movie, also part of the crowd of 1939 will be the Glamour Girls of Gloversville as they greet the patrons into the theatre, red carpet and all!! This will all happen on November 1, 2014 at 5 p.m. -- the movie starts at 7 p.m. SHARP! Admission is $10 for adults and $8 for students. For tickets or information, call 518-773-8255 or visit www.glovetheatre.org. Tickets will also be available at Mohawk Harvest Co-Op and Antiques N’ Uniques on North Main Street.

Due to Covid-19 restrictions some historic sites may have alternate hours and availablility. We suggest that you reach out to the destination prior to your visit.