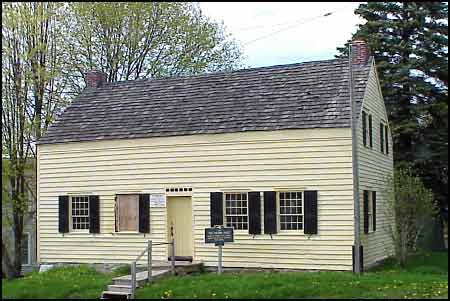 One of the Region's Oldest Buildings

This is one of the oldest buildings still standing today. The Drumm House was built in 1763 by Sir William Johnson for his first school teacher, Edward Wall. Sir William opened the first public school west of the Hudson. He found Mr. Wall by advertising in the New York and Philadelphia newspapers. Drumm House was one of the first six buildings built by Sir William. Each house was thirty feet wide and eighteen to twenty feet deep. They were one and a half stories high, with two square rooms on the floor. All were painted yellow.