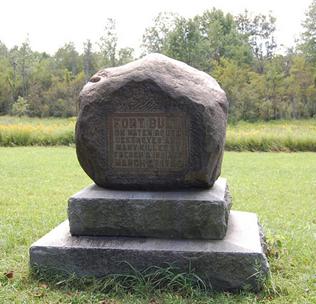 The Battle of Fort Bull was a French attack on the British-held Fort Bull on 27 March 1756, early in the French and Indian War. The fort was built to defend a portion of the waterway connecting Albany, New York to Lake Ontario via the Mohawk River. A marker on the site of the present day Erie Canal Village commemorates the Fort. Located in the back of the Village, in an open field, as you head toward Wood Creek.