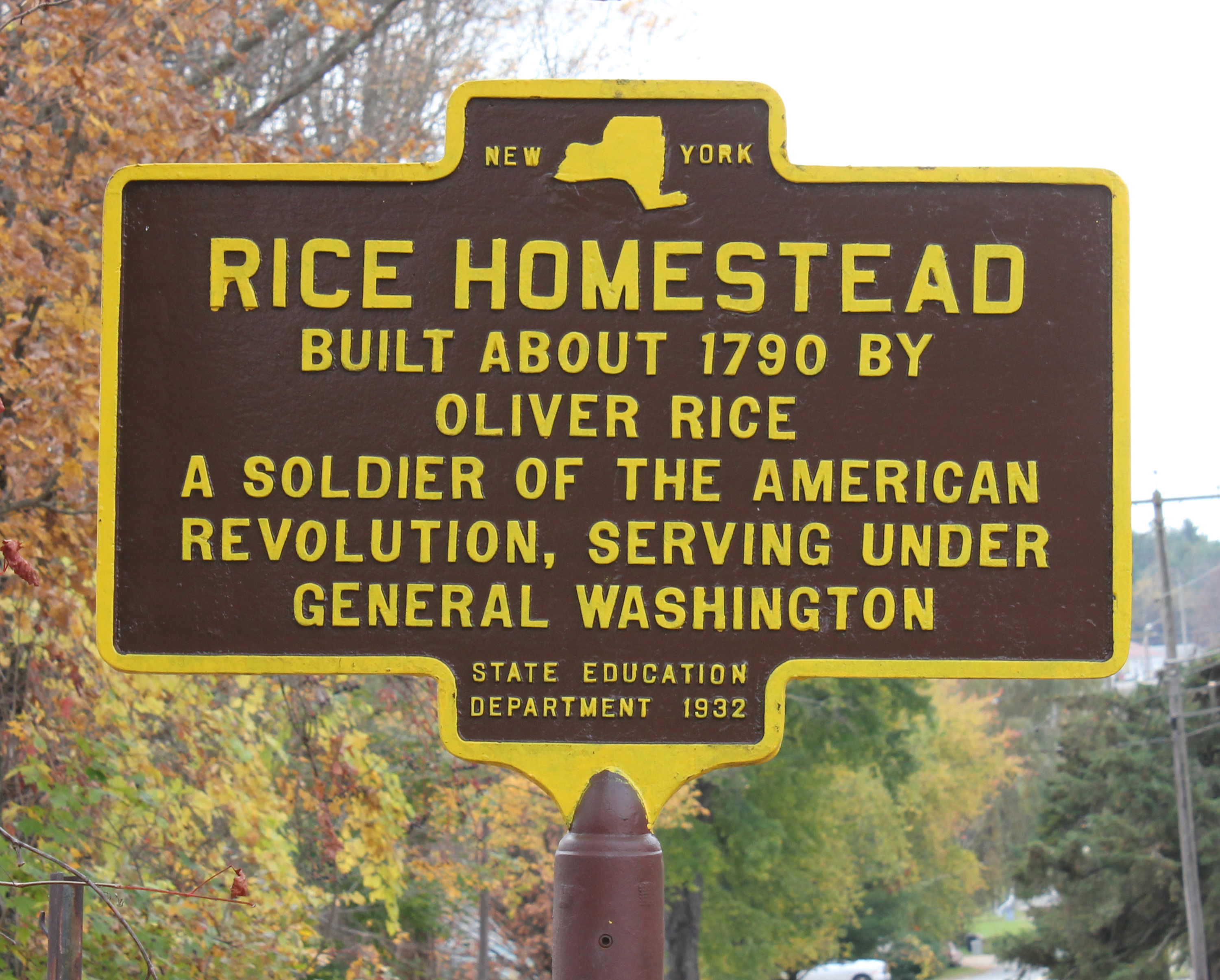 The Rice Homestead has been lived in and cared for, until recently, by the descendants of its original owner, Oliver Rice, a Veteran of the Revolutionary War. Built in 1790, the Rice Homestead has merited a New York State Department of Education official Historical Marker and is on both the National and State Historical Registries. It is considered one of the few remaining colonial homes in the United States. The home is now a museum maintained by the Mayfield Historical Society. It contains a potpourri of historical treasures from the Rice family and the Mayfield area. Once the center of a large farm, the old Rice house now has a setting of a couple of acres facing on the old highway. The large two-story main house seen from old route 30 was built circa 1810. The rear of the house was built in 1790 and was originally erected on a site west of the highway. It was subsequently moved across the road and added as a rear wing attachment. The old section is a small primitive farm house of the sort built by the settlers—plain and sturdy, with few rooms and no architectural pretensions whatever. The 1810 portion, however, displays many features of the Federal period when it was built with special attention to details of woodwork and trim.