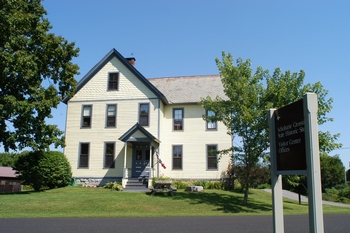 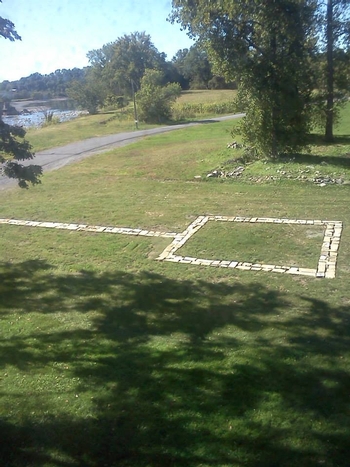 In addition to being an excellent place to see the 19th century Erie Canal, Schoharie Crossing is also the site of 18th c Fort Hunter. The Fort was built following a request for Anglican missionaries made by four Mohawk and Mahican chiefs during their 1710 visit to England. Queen Anne ordered the construction of Fort Hunter and a chapel in Mohawk country. The fort was built in 1712 adjacent to a Mohawk village called the Lower Castle that included 40 or 50 houses surrounded by a defensive palisade. Although the original fortifications deteriorated, new fortifications were completed at the direction of Sir William Johnson, British superintendent of Indian affairs. In 1750 204 Indians lived in the Lower Castle. The foundations of a curtain wall and block house as well as some test pits in the Lower Castle were excavated by a team of archeologist in the 2011 and 2012. Some of the artifacts they discovered are on display in the Schoharie Crossing Visitor Center. In addition although the foundations of Fort Hunter have been recovered, there is a surface reconstruction of the block house and curtain wall which will give visitors a sense of the original fort.