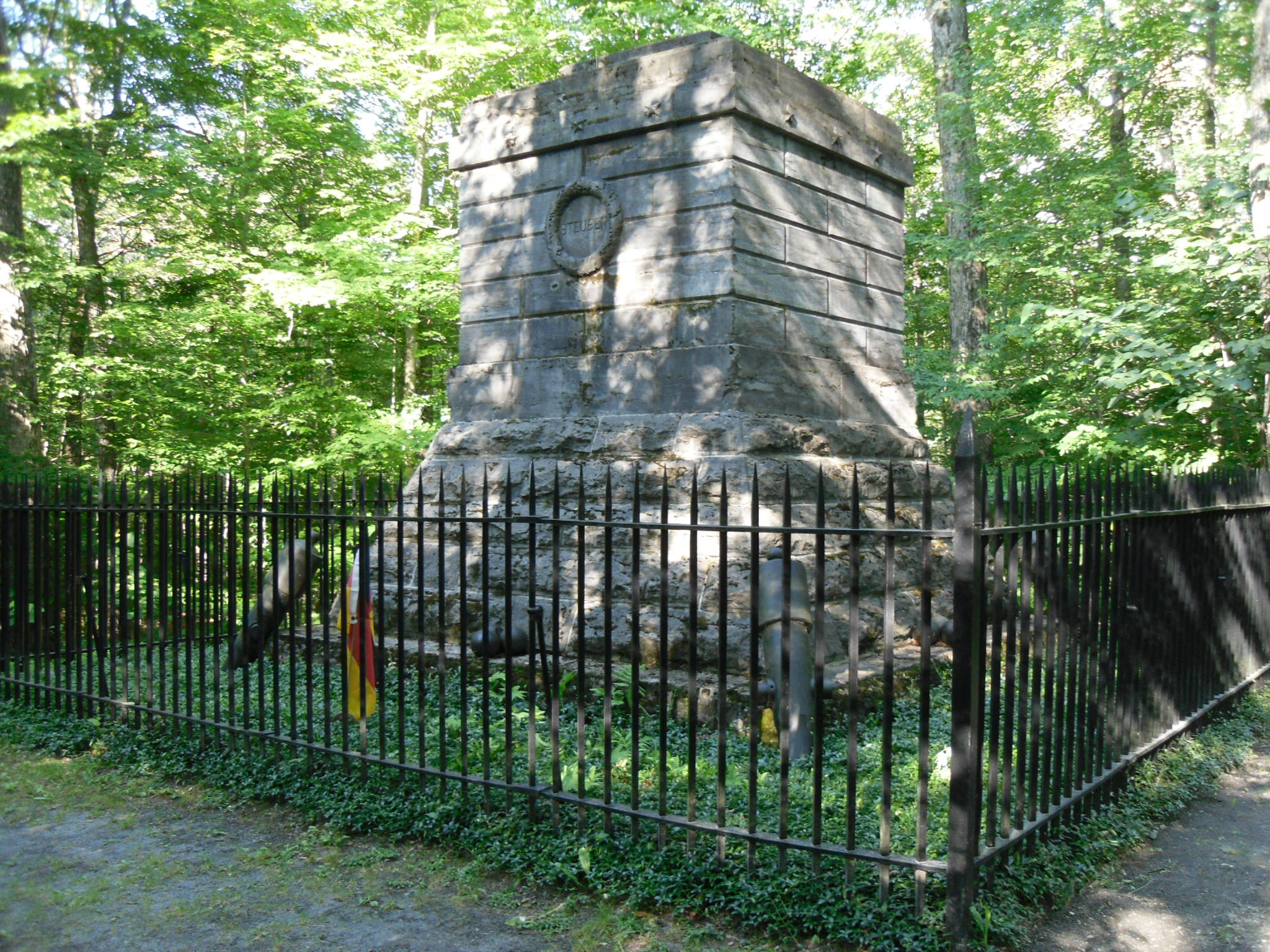 This idyllic upstate NY spot is the historic site and state park honoring the "Drillmaster of the American Revolution" Baron Friedrich Wilhelm Von Steuben. The land in this part of Oneida County was part of a 16,000-acre land grant made to von Steuben for his services to the United States. He used the land for his summer residence. Steuben was a Prussian-born military officer who served as inspector general and Major General of the Continental Army during the American Revolutionary War. He is credited with being one of the fathers of the Continental Army in teaching them the essentials of military drills, tactics, and disciplines.He served as General George Washington's chief of staff in the final years of the war. He is buried at the memorial, a "Sacred Grove." The site includes the memorial tomb and reconstructed log cabin (1937) and several smaller elements including a memorial plaque bearing stone, a series of historic markers, and a landscaping structure.