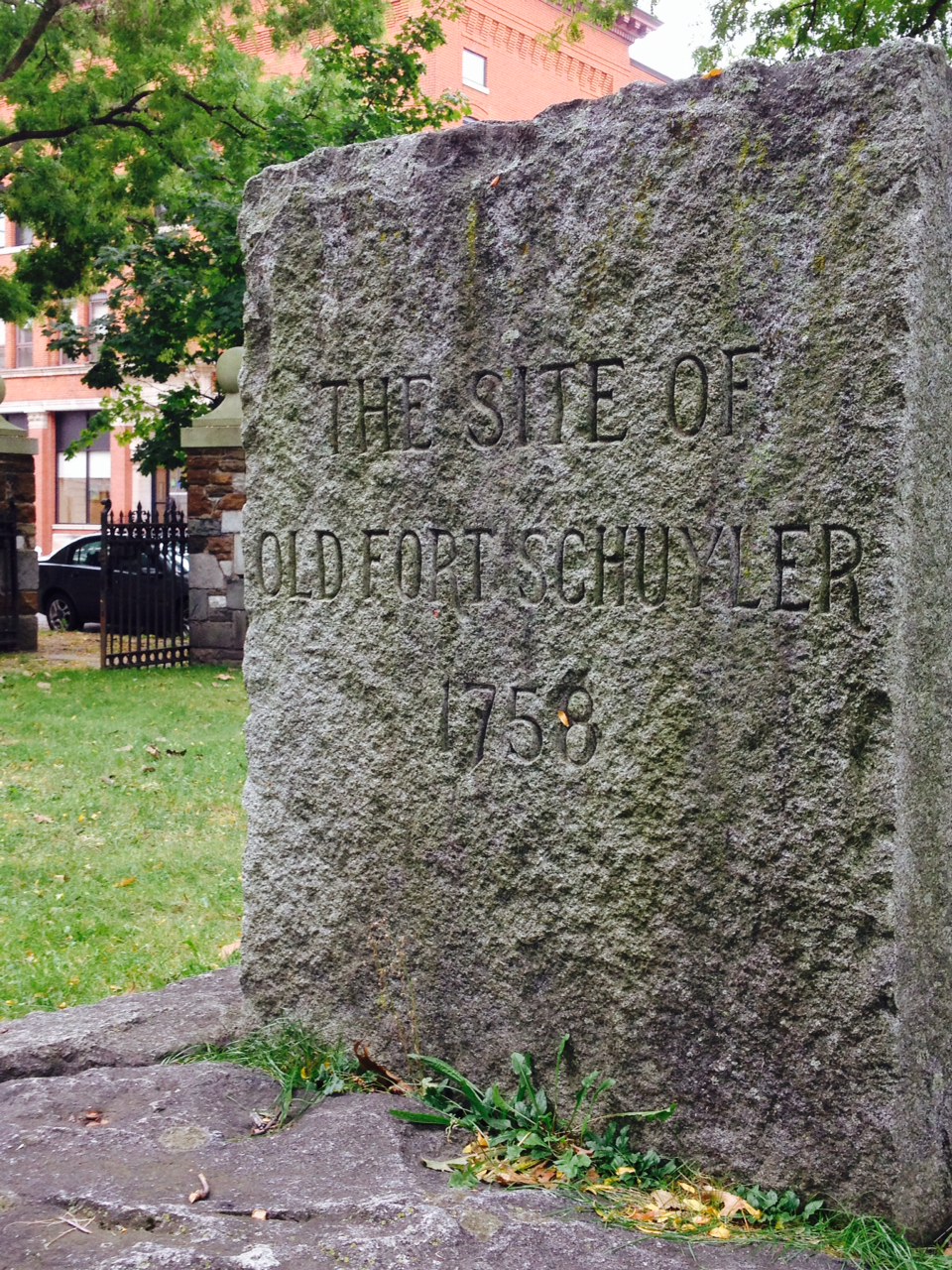 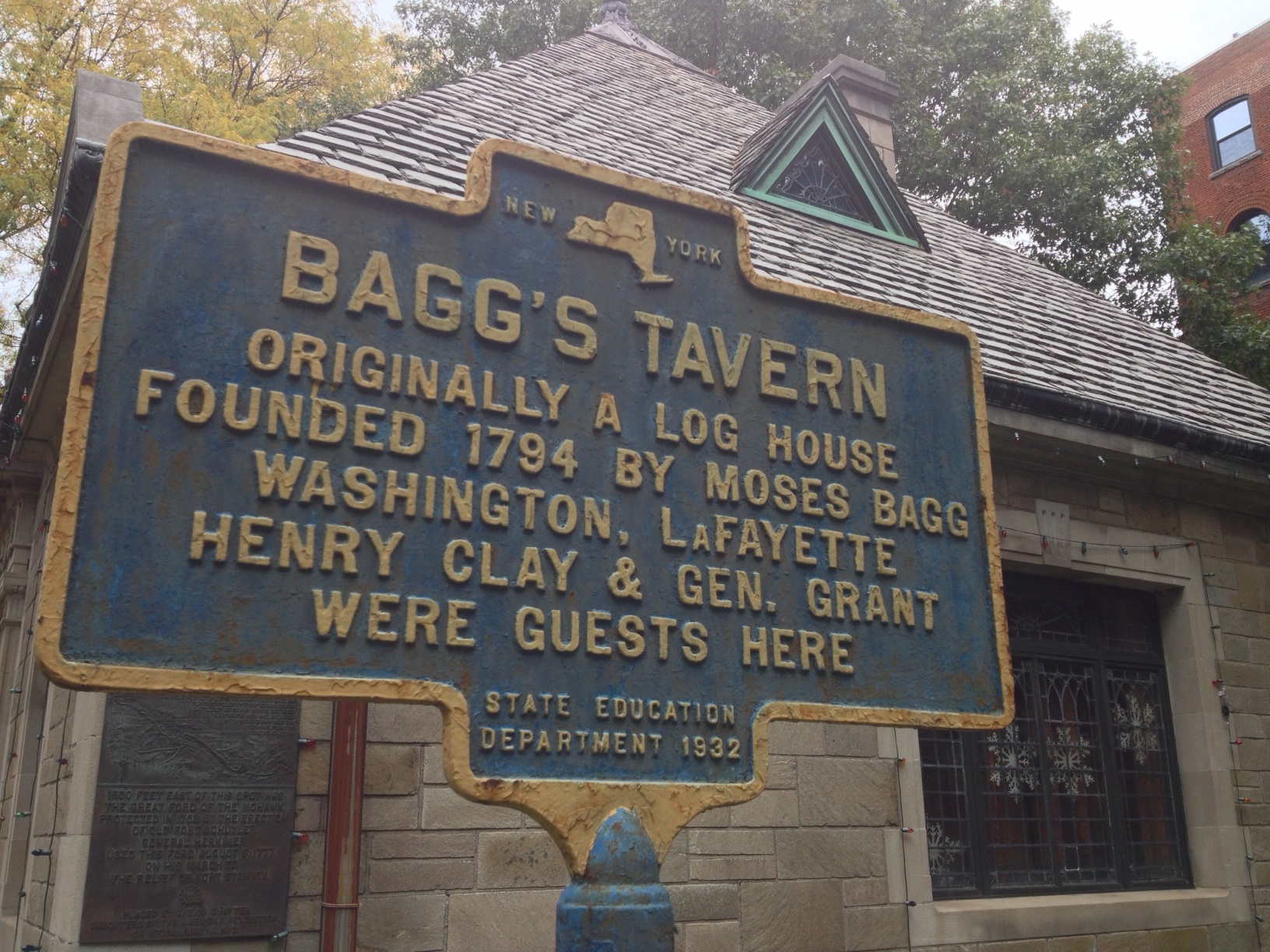 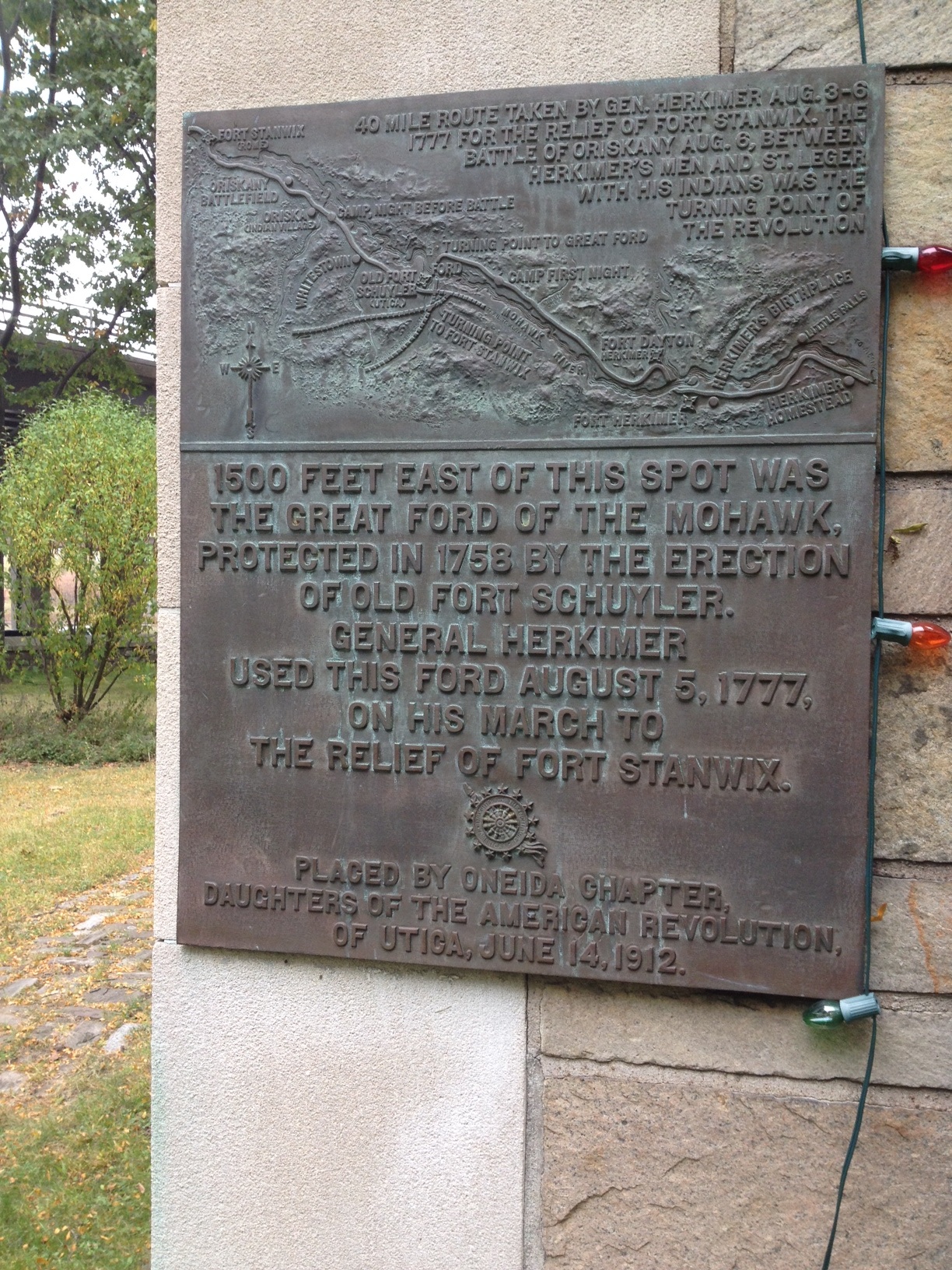 Old Fort Schuyler Marker and site of Bagg's Tavern: 1500 feet east of this spot was the great ford of the Mohawk, protected in 1758 by the erection of Old Fort Schuyler. Gen. Herkimer used this ford Aug. 5, 1777 on his march to the relief of Fort Stanwix. He was engaged by the British and Native allies at the Battle of Oriskany, Aug. 6, 1777. Bagg’s Tavern. Originally a log house founded 1794 by Moses Bagg. Washington, LaFayette, Henry Clay and Gen. Grant were guests here.